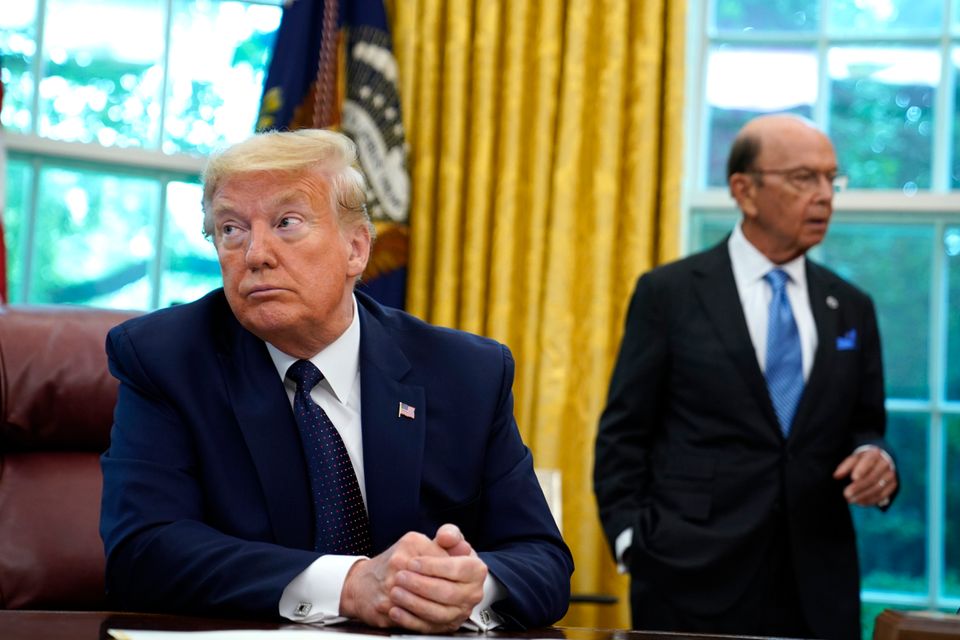 Even as US taxpayers spend many tens of billions of dollars each year so that thousands of analysts can produce a detailed intelligence report each morning for the president, Donald Trump appears less and less interested in receiving it.

And in February, as the coronavirus jumped to Italy and Iran and began spreading unnoticed in the United States, Trump had just three – fewer than the four days he spent golfing in South Florida or the five days he staged campaign rallies.

Through the first half of this year, Trump has had only 41 intelligence briefings, according to a HuffPost review of his daily schedules, an average of 1½ per week.

His laziness cannot be overestimated, but it doesn’t get enough attention.Charles Leerhsen, Trump's ghost writer.

And though the written distillation of the briefing material is available to him early each morning in the “President’s Daily Brief” (PDB), Trump does not like to read, particularly information that he finds boring, such as intelligence analyses, according to former White House aides, including ex-national security adviser John Bolton.

“He’s just not receptive to new facts,” Bolton told CBS News on Wednesday. “The intelligence briefings don’t communicate as much information as they should. We tried to think of ways to change that. I think it was probably a doomed effort.”

Ned Price, a former CIA analyst and a spokesman for the National Security Council under former President Barack Obama, said Trump’s unwillingness to pay attention puts the intelligence community in a bind. “It makes it virtually impossible for the president to be an informed participant in the discussion of policy responses,” he said.

A senior White House aide called HuffPost’s tally “inaccurate” and said the public schedule does not reflect all of Trump’s intelligence briefings. “The president receives extensive intelligence briefings by his career CIA briefer several times a week,” the aide said on condition of anonymity. “He’s also routinely briefed on critical intelligence matters throughout the day if they rise to the level of the president of the United States by his national security adviser and chief of staff.”

White House press secretary Kayleigh McEnany did not respond to a HuffPost query asking why Trump takes so few intelligence briefings. During a news conference on Tuesday, she claimed that Trump does, in fact, read. “This president, I’ll tell you, is the most informed person on planet Earth when it comes to the threats that we face,” she said.

Trump’s lack of interest in intelligence is under scrutiny for the second time this year, with news outlets, starting with The New York Times, revealing that US intelligence had learned Russia had been paying rewards to Taliban fighters in Afghanistan for murdering American soldiers but Trump had done nothing about it.

Previously, it was disclosed that Trump’s PDB informed him of the grave threat posed by the coronavirus in the first days of January. Trump, though, was at his Mar-a-Lago resort in Palm Beach on a golf vacation and did not have his first intelligence briefing of the year until January 6, and then only nine all that month. 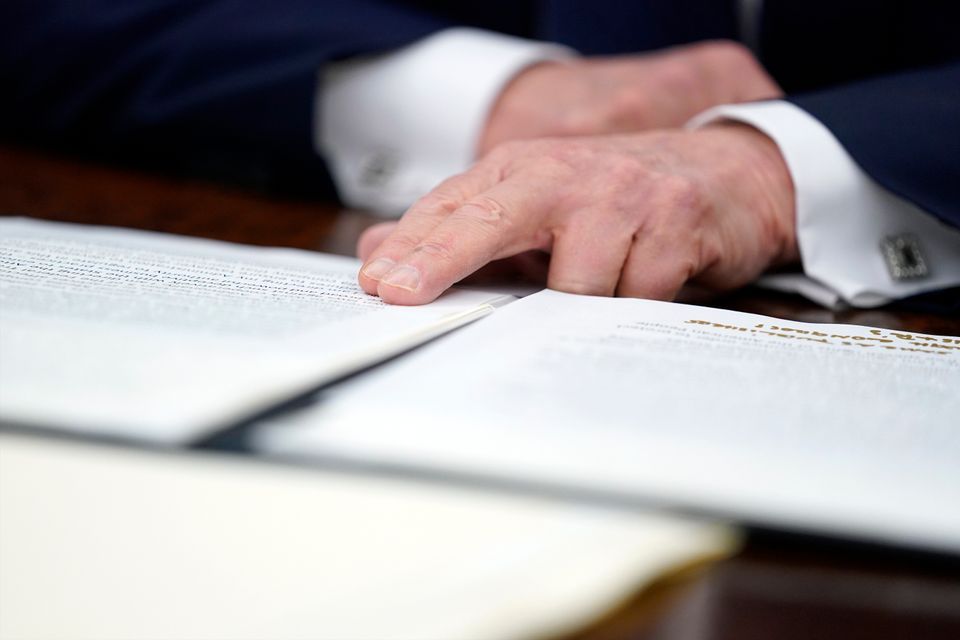 Republican George W. Bush was typically in the Oval Office by 6:45 each morning, when he received his intelligence briefing, although he often took a break later in the day for exercise.

Obama received the PDB on his iPad at 6 each morning, where he read it before starting his day with a workout and getting to the West Wing by 9.

Trump, in contrast, spends most of his mornings watching television in the residence and posting tweets about what he has just seen. He rarely gets to the West Wing much before noon and, as a proponent of an unusual theory that humans are born with a finite quantity of energy, does not exercise.

“His laziness cannot be overestimated, but it doesn’t get enough attention,” said Charles Leerhsen, who ghost-wrote Trump’s book Surviving at the Top. “It may be his core failing.”

Trump is like a toddler. He has no ability to concentrate.Stuart Stevens, Republican political consultant.

That light work schedule has been a habit for decades, made possible by the hundreds of millions of dollars – more than $1 billion in today’s dollars – he inherited through the real-estate business his father founded and which he took over in his late 20s.

In his book The Art of the Deal, Trump said he didn’t like to schedule his day, preferring instead to come to his office, make some calls and see what came of it. “I play it very loose,” author Tony Schwartz wrote in Trump’s voice. “I prefer to come to work each day and just see what develops.”

Leerhsen said the biggest hoax Trump was able to perpetrate was his business competence. “His schedule was purposely empty, and as similar to the day before as possible. Daily feeling of fabric swatches for new drapes and carpets in his Atlantic City hotels. He hated travel because of germs and because it was broadening,” Leerhsen said. “He really does not want to learn anything. Learning is not what he does. I’ve never met anyone else like him.”

That approach continued when he became a candidate for the 2016 Republican presidential nomination. For the first months of the campaign, while the other candidates spent endless hours crisscrossing the early voting states, with a half dozen events a day, Trump staged one or two rallies per week and mainly campaigned from the atrium of his building in Manhattan through remote television interviews.

Despite this, his White House staff insists that he outworks everyone else in the building – a view Trump himself amplified in statements he posted to Twitter earlier this year. “The people that know me and know the history of our Country say that I am the hardest working President in history,” he wrote. “I work from early in the morning until late at night.”

Stuart Stevens, a Republican political consultant who worked on the presidential campaigns of George W. Bush and Mitt Romney, said Trump and his staff are confusing activity and tweeting with useful work.

“Trump is like a toddler. He has no ability to concentrate and no interest in anything that doesn’t affect his own immediate world,” he said. “Self-involvement 24/7 is exhausting, but it’s not work.”

It Depends On What “Brief” Means

Trump and his aides, meanwhile, continue trying to defend his handling of the intelligence regarding the bounties – reportedly as high as $100,000 per dead US soldier – that Russians were paying.

For days, White House officials have tried to draw a distinction between what he was told at his February 27 intelligence briefing versus what may have been in his PDB that day. 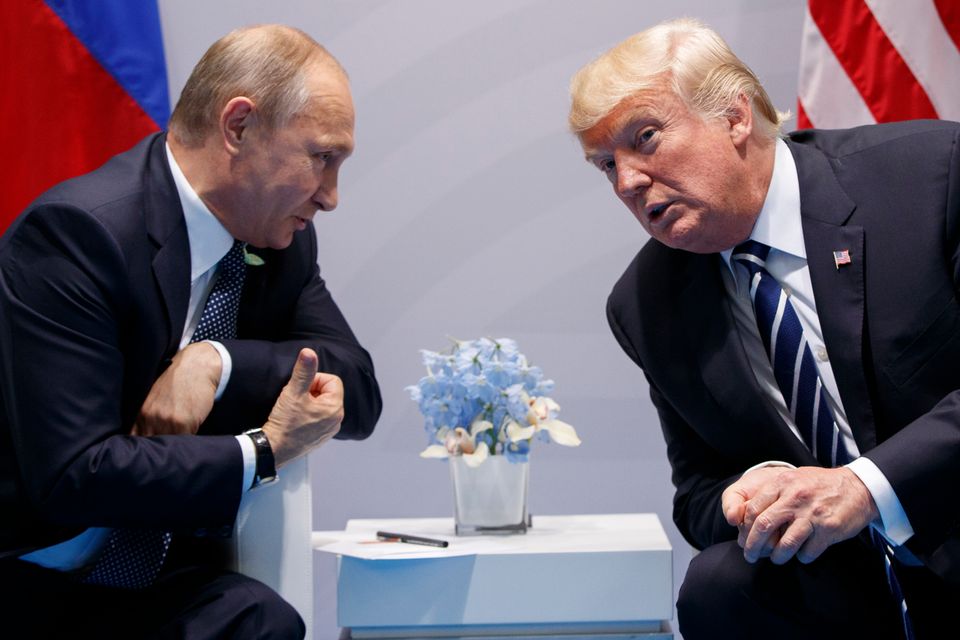 But McEnany’s claim ignores other reports that the information first became known to the White House in 2019 and that then-national security adviser Bolton personally brought the information to Trump’s attention. He declined to confirm that reporting by The Associated Press but over the weekend told NBC News that Trump – who has had multiple conversations with Russian leader Vladimir Putin in the weeks since the February briefing and has been trying to get Russia readmitted into the Group of Seven organisation of the world’s largest democratic economies – would likely deny any knowledge of the intelligence.

“He can disown everything if nobody ever told him about it,” Bolton said Sunday.

And as he predicted, Trump on Wednesday claimed the entire story was a “hoax,” his catch-all term for news coverage that portrays him negatively.

“Do people still not understand that this is all a made up Fake News Media Hoax started to slander me & the Republican Party. I was never briefed because any info that they may have had did not rise to that level,” Trump wrote.

Both Trump and his staff, in leaning so heavily on the excuse that he was not “briefed,” appear to be conceding that he neither reads his PDB nor believes that it is his responsibility to do so.

“President Obama and Vice President Biden started every day reading and being briefed about the top threats to our nation,” Biden campaign spokesman Andrew Bates said. “But this president shows up to work at noon and devotes more time to ranting about his own optics on Twitter than he does to honouring that all-important duty. He’s even demonstrated that he’s willing to trust Chinese government propaganda, Vladimir Putin and discredited right-wing fever dreams on Fox News more than our intelligence community.”

Stevens said Trump’s continual deference to Putin suggests there is a more sinister reason Trump does not want to do anything about the reports of Russian bounty payments. “He is compromised by Russia. He is terrified our intelligence will learn the source of that compromise,” Stevens said. “So he hates any intelligence involving Russia.”